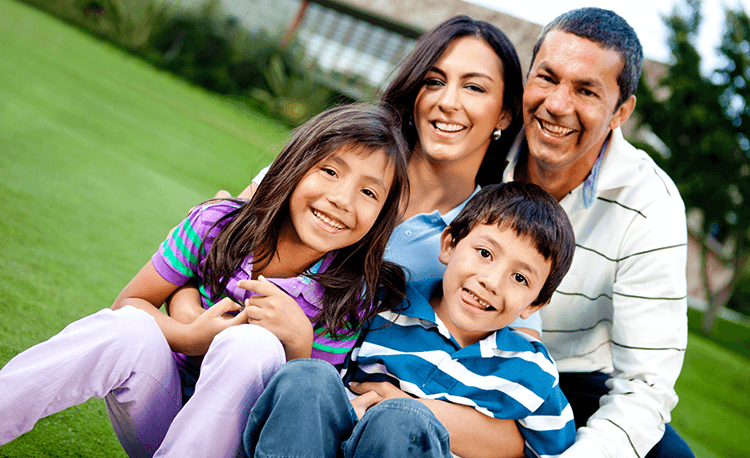 Immigrants helped build and shape our nation. Their past and current contributions cannot be discounted; and, one of the hallmarks of the United States is no matter where you are from, you can come to this country and be given a chance to succeed. To be able to have this chance though, one must navigate the immigration process, which can be difficult to understand and comply with. At Lovell, Lovell, Isern & Farabough, LLP, we are passionate about helping families overcome legal hurdles to gain and keep a place in this nation.

The Deferred Action for Childhood Arrivals program (commonly referred to as “DACA”) is an immigration program enacted in 2012 granting temporary protection for children who entered the U.S. illegally. It protects the recipients from deportation from the U.S. for two years – subject to renewal – and typically gives the approved individuals temporary work authorization.

A person may be eligible for DACA if they:

The DACA program has undergone intense legal battles since its inception almost 10 years ago, with frequent changes based on judicial rulings.

On December 4, 2020 a federal judge ordered the Department of Homeland Security (DHS) to fully restore the original DACA program. This includes accepting first time applicants, including those unable to apply after September 2017 and those who applied after the June 2020 Supreme Court decision but who had their application rejected.

An immigrant can get to the United States legally through a few different avenues. Our country has traditionally had a policy of keeping families together, so any citizen or permanent resident of the U.S. can petition the government for an immigration visa, also known as a green card, for certain family members – such as parents, children, and fiancés/spouses to get them into the country as well. Many other types of visas can be avenues to citizenship. For example, educational visas can be obtained for someone to study at an American institution or trade school. There are also visas for things like cultural exchange, diplomatic or governmental needs, and being a tourist.  The Lovell, Lovell, Isern & Farabough, LLP family immigration team can answer questions and work with you through the process.

The qualifications and laws governing who can apply to become a United States citizen are complex and oftentimes difficult to navigate. There are many legal requirements that must be completed to become a naturalized citizen, and the process can be confusing. Our team of experienced immigration lawyers are here to help guide you and your family through the process.

Whether you are a legal permanent resident living in the U.S., someone born to U.S. citizens in a foreign country, or adopted by American parents, we encourage you to seek citizenship through the naturalization process. The immigration lawyers at Lovell, Lovell, Isern & Farabough, LLP are here to help pave your way to citizenship status.

In October 2000, Congress created the U nonimmigrant status – referred to as U visas – with the passage of the Victims of Trafficking and Violence Protection Act. These visas are specifically for victims of certain types of crimes who have suffered mental or physical abuse, and can help law enforcement officials investigate and prosecute those responsible. This allows victims of crimes who are not legal citizens or permanent residents to apply for a visa so they can file charges and testify in court without fear of deportation or removal.

While the U visa was primarily created to protect victims of domestic abuse and sexual assault, qualifying criminal activities range from involuntary servitude to stalking. A victim’s spouse and children are also eligible for visa benefits, so they can apply without jeopardizing the status of their family. Make sure you speak with an experienced immigration attorney before applying for a U visa to ensure you and your family qualify.

The Violence Against Women Act (VAWA) allows spouses and children of U.S. citizens and permanent residents (Green Card holders) experiencing domestic violence to file for an immigrant visa petition for themselves, without the abuser’s knowledge. This allows victims to seek safety and independence from their abuser, who is NOT notified about the filing. Under the law, battered non-citizens who are married to or recently divorced from U.S. citizens or legal permanent residents can self-petition (meaning without the help or knowledge of their abusive spouse or parent) to obtain a green card, remove the conditions on their 2-year Conditional Permanent Residence cards, or apply for cancellation of removal.

The immigration attorneys of Lovell, Lovell, Isern & Farabough, LLP can also help if you or a family member has been threatened with deportation. Someone who is in the country illegally can be at risk for deportation at any time, but there are ways we can explore to help keep them in the country. We can start applications for legally permanent residency and figure out the best avenue to do that. If someone is picked up to be deported, we can fight the removal proceedings. Often people are targeted for deportation because they are accused of a crime; our lawyers also handle criminal justice issues. Our attorneys are familiar with the steps of the deportation process and know ways to fight to avoid removal. An immigration judge ultimately decides each case. If our clients do not get the ruling they want in these proceedings, we can fight for them during the appeals process as well.

What is a green card?

The term “green card” refers to the predominantly green-colored card that is used to indicate a person’s status as a Lawful Permanent Resident of the United States. The card is used as identification instead of or in addition to a driver’s license or any other form of official government ID. A green card can be obtained through employment, family, or other immigration procedures.

Non-immigration petitions are often intended for those who are seeking temporary lawful status, such as for employment, education, or to conduct research.

Does a foreign national automatically receive a green card if they marry a U.S. citizen?

No, a foreign national doesn’t automatically get a green card once they marry an American citizen. The process requires anywhere from three months to two years and is helped by having an experienced immigration attorney assist both spouses with the many required forms and interviews.

My spouse is a foreign national. What options do we have for their immigration?

The choice you make to sponsor your spouse for immigration depends on:

If you are a U.S. citizen currently living in the country with your spouse, the two of you can submit proof of the marriage and the spouse’s green card application in one step to the U.S. Citizen and Immigration Services (USCIS) agency.

If you are married but living abroad, you will go through a slightly different process called Consular Processing.

If you are a Lawful Permanent Resident with your own green card, you and your spouse will submit a Petition for Alien Relative to the USCIS.

How can my fiancé(e) living abroad begin the immigration process?

If you plan to marry in the U.S., you can sponsor your loved one using the Fiancé(e) Visa Petition process. Alternatively, you could marry them outside the U.S. and then file a spousal petition. Each option follows a slightly different process that must be closely followed for success.

I am a Lawful Permanent Resident. How and when do I apply for U.S. citizenship?

In general, you must be a Lawful Permanent Resident for five years to apply to become a naturalized American citizen. If you are married to a U.S. citizen, the timeframe is reduced to three years. There are many factors that influence the citizenship process, and a qualified immigration attorney at Lovell, Lovell, Isern & Farabough, LLP can discuss your unique circumstances and guide you through it.

I’ve received a Notice to Appear (NTA) from Immigrations and Customs Enforcement. Should I go?

The Department of Homeland Security, which oversees Immigration and Customs Enforcement, takes NTAs very seriously. You need to attend all court hearings, or you could risk being deported. A Lovell, Lovell, Isern & Farabough, LLP immigration lawyer can advise you on the potential options you have and can help you handle the hearing.

Can I vote in an election as a Lawful Permanent Resident?

Lawful Permanent Residents are able to live and work legally in the U.S., but only citizens or naturalized citizens are allowed to vote in federal elections. Therefore, you should not attempt to vote or to register to vote.

You are allowed to vote in state and local elections that do not require proof of U.S. citizenship.; however, you should consult with an immigration attorney before voting. If you vote or register unlawfully, you could risk deportation.

As a Lawful Permanent Resident, can I travel outside the U.S.?

You can travel outside the U.S. as a Lawful Permanent Resident under certain conditions. You will need to use the passport issued by your country of citizenship when you leave America. To return to the U.S., you will need to show your green card. It’s also recommended that you carry your driver’s license or other government-issued ID with you as additional identification.

It’s possible to lose your Lawful Permanent Resident status under certain circumstances, such as:

If you plan to travel for an extended amount of time, you can protect your status by applying for a reentry permit before you leave. You should also apply for a returning resident visa at a U.S. embassy or consulate.

There are a variety of other areas we can help with, from asylum cases to refiling rejected applications. Additionally, the area of immigration is constantly changing. State and federal governments make decision on immigration policy and what they want to enforce. As administrations change, rules around who can stay and who is not welcome change. The federal government can limit the number and type of visas issued and decide how aggressive to be in deporting those who are here illegally. They may also decide to crack down on employers who knowingly employee undocumented workers. This fluctuation is constant and our legal team keeps a close eye on current policies and potential changes. We work with our clients so they understand the current rules, but also so they know what can happen in each political climate and how to structure their case accordingly.

No matter your immigration situation, we are driven to help you and your family stay together. The team at Lovell, Lovell, Isern & Farabough, LLP will work hard to create the strongest possible application or representation in a case. We travel frequently throughout the area around Amarillo to provide free legal consultations and can come to you if you can’t visit our office. If you have an immigration issue you wish to discuss, contact us today.